David Garrick was born on February 19 1717 in the city of Hereford but soon moved to the family home of Lichfield. He lived in a house (now demolished and rebuilt as the Lichfield Probate Court) on Beacon Street, just a stone’s throw from Lichfield Cathedral. 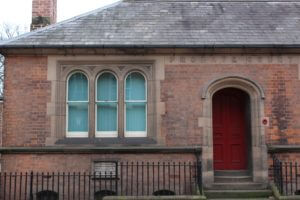 He was educated at Lichfield Grammar School, now the home to Lichfield District Council, and then went to a new school at Edial, just outside Lichfield, which had been setup by a young Samuel Johnson. Johnson was not talented at making a school work and only had eight enrolled students, two of which were David and his brother George.

The school failed after only a few months but Garrick remained friends with Johnson and, in 1737 they decided to seek their fame and fortune in London. Garrick started a wine business, jointly managed by another of his brothers, Peter, who stayed in Lichfield with David in London. The idea was that David should promote their wine in the bars of London but he soon found that the wine trade was not to his fancy and it soon took up most of the inheritance his uncle (also a wine merchant and also called David!) had left him.

Garrick’s attentions soon turned to another of his interests – amateur dramatics. He had performed as Sergeant Kite in the George Farquhar play ‘The Recruiting Officer’ at the Bishop’s Palace while in Lichfield aged only nine! He developed his skills in London and his flamboyant style of acting soon led him to the attention of the London theatre-goers and critics alike.

His performances as King Richard III at the small theatre at Goodman’s Fields led to his introduction at the more notable Drury Lane theatre where he debuted on May 26 1741.

Garrick’s stock rapidly increased and, after marrying dancer Eva Maria Veigel in 1749, he became so well known that they set off on a tour of the Continent of Europe in 1763, all to great acclaim. As well as Richard III his other notable successes were the iconic roles of King Lear and Hamlet.

He was also a playwright, manager and producer and became one of the richest men in England with a combined annual salary of £20,000 at his height – a far cry from the handful of pennies in his pocket when he left Lichfield with his friend Johnson!

Garrick died on 20 January 1779m aged only 62, but having left a lasting legacy to the world of Georgian theatre. He is remembered by theatres named after him in London and Lichfield and by institutions such as the Garrick Club. 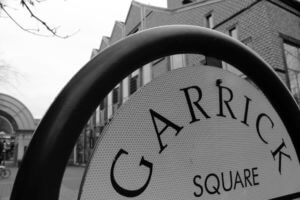 Now, in 2017, there are a number of celebrations to mark his 300th birthday, not only in Lichfield and London, but across the country. A very happy 300th birthday – take your bow Mr David Garrick!  #garrick300